You may be wondering, where are you shooting the fireworks from this year? I scouted the other day with my friend and fellow photographer Chris Clark, who has been my fireworks companion since 2016. We found a location we both liked, but we are keeping it a secret lol! As you will see below, there are several places around the city to photograph them from.

2019 Ferry Street Bridge: Okay, this is I think so far my favorite. Even though much of the skyline is not present, I love the uniqueness of having the I-75 traffic lights part of the scene. 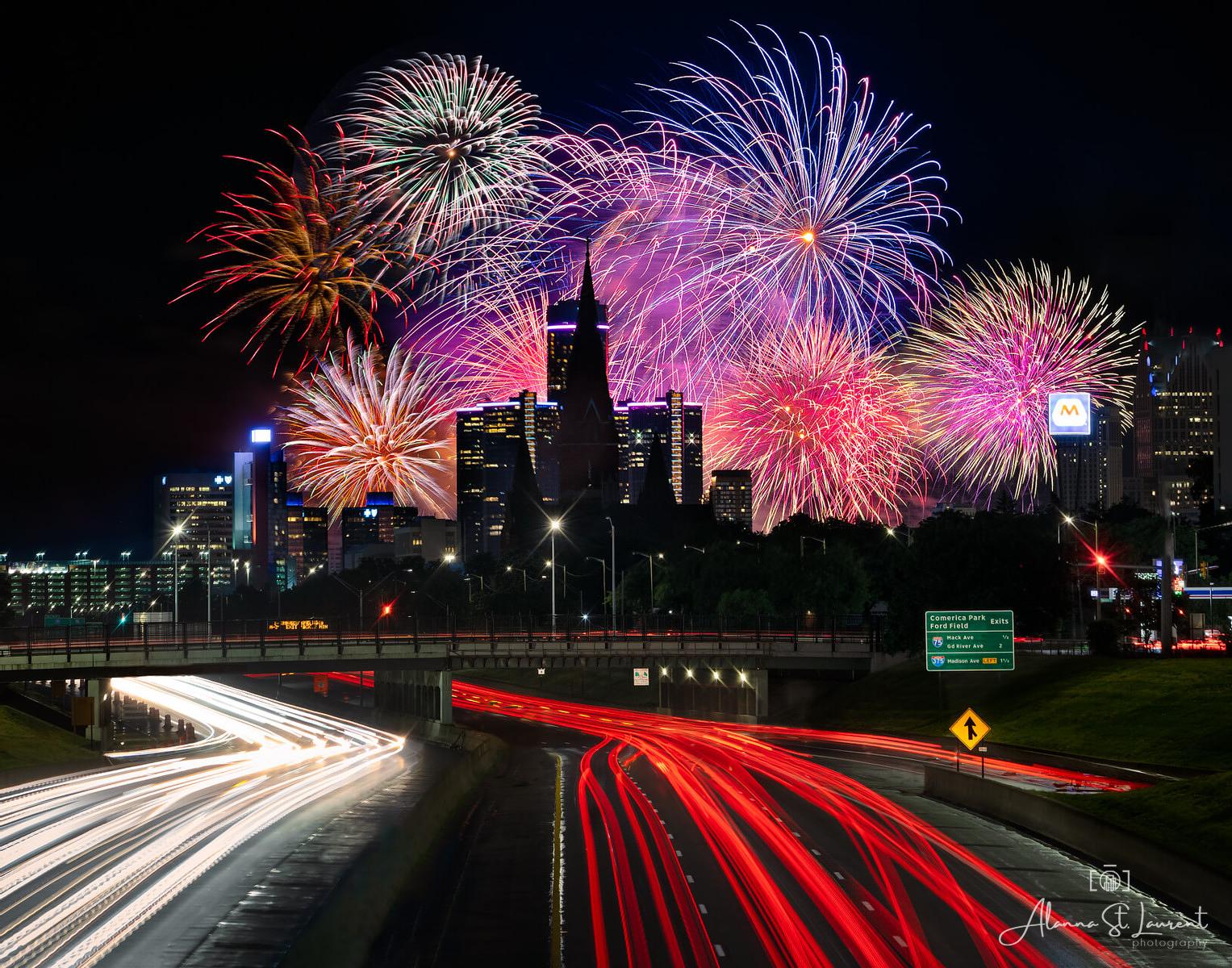 2019 Vinewood Street Vacant Building Roof: With the announcement of Ford renovating the train station, the goal was to include it into the composition for the fireworks. The fireworks themselves weren't as dramatic, but it was different. 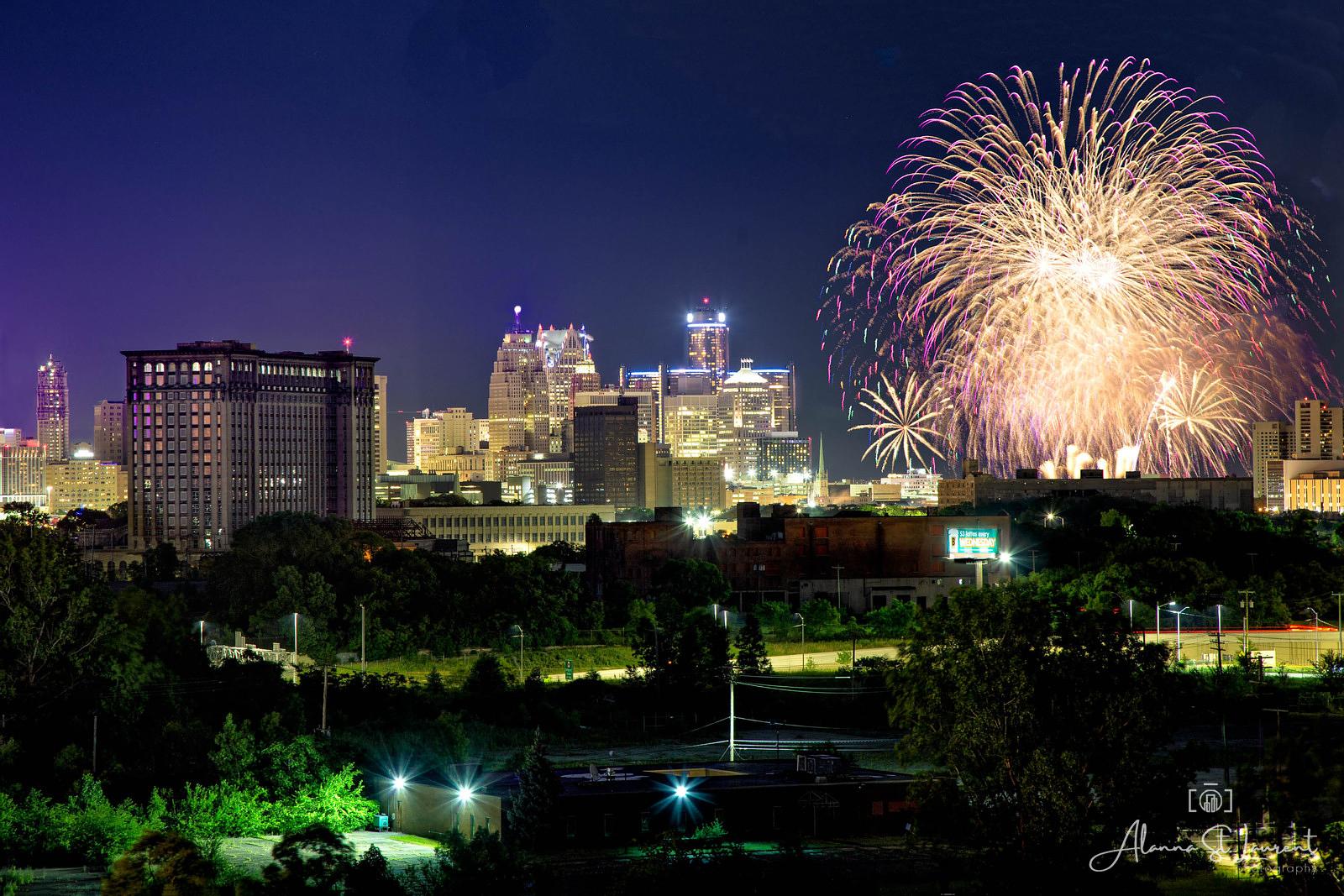 2017 Wayne State University Parking Deck: A huge storm was on its way in, the rain starting just as the fireworks commenced. Luckily we had protection from the rain, so I was able to capture my second favorite composition. 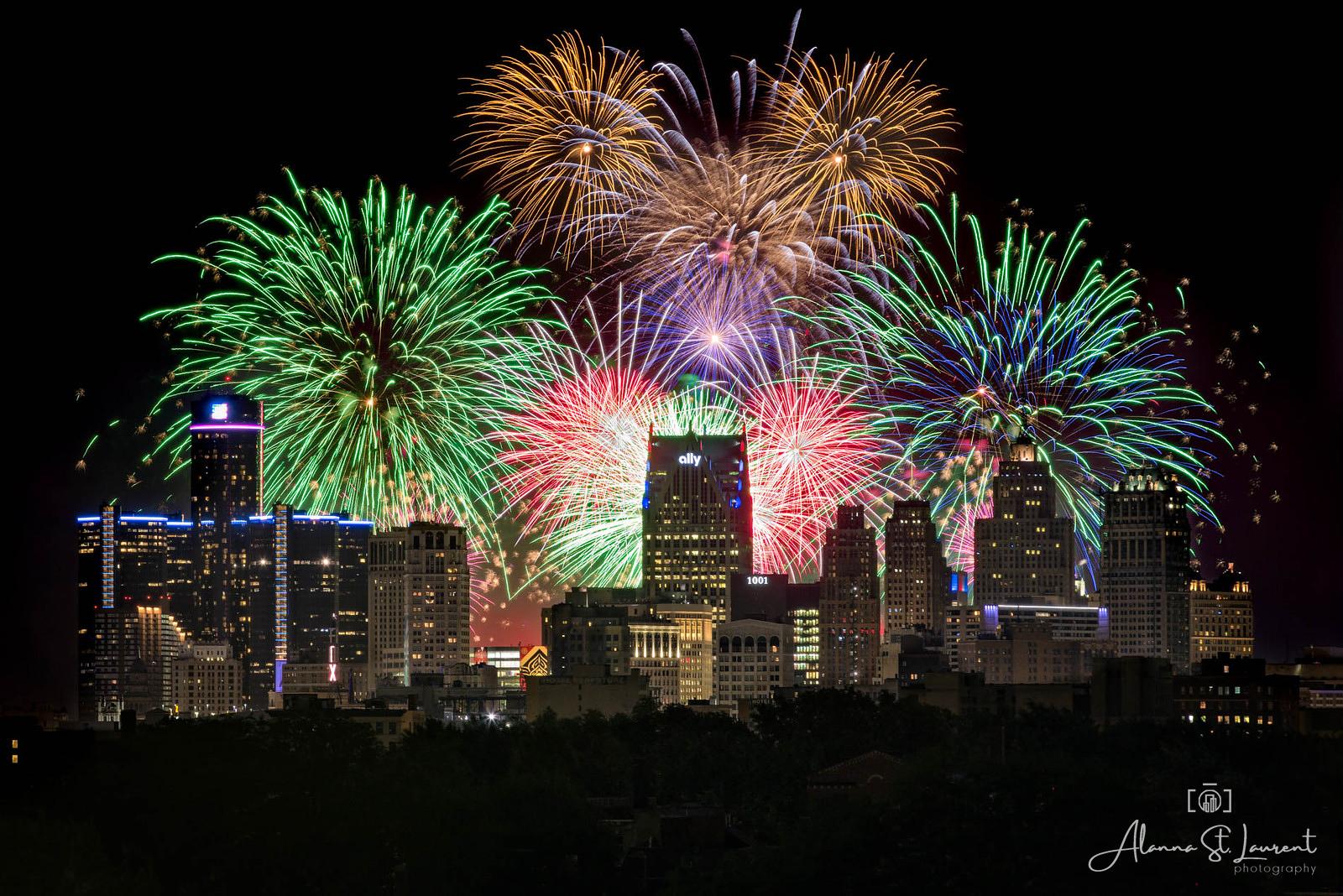 2016 Marine Terminal Roof: This was a unique location to shoot from, given we had the Ambassador Bridge in the shot. I also liked the boats from the Detroit river in the foreground. 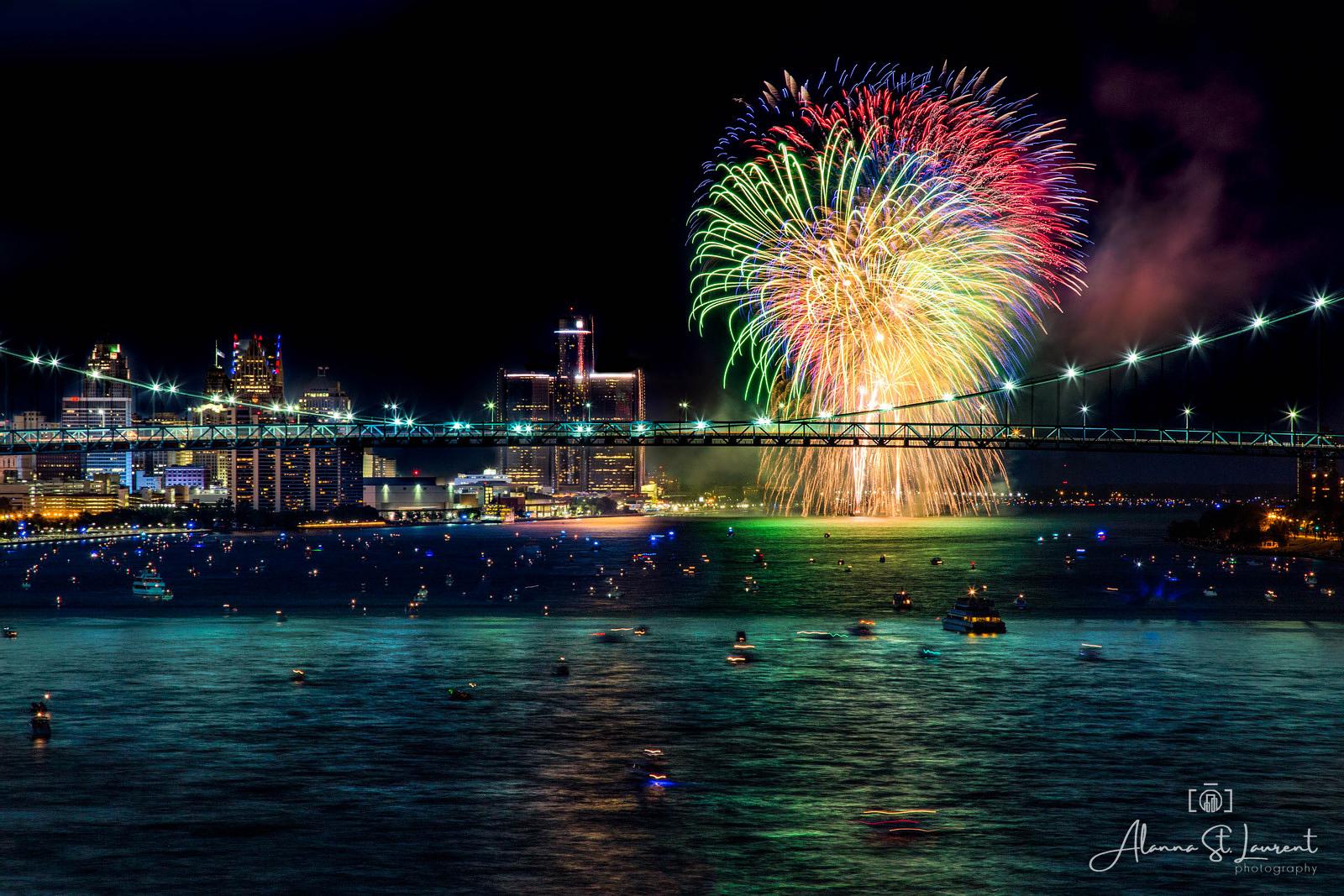 2015 Windsor Apartment Building Roof: This was an off year. Because of a storm warning, it was decided to hold the fireworks an hour early (that storm never materialized). Which meant...light in the skies. Not good for fireworks. But, I had a neutral density filter so I could at least get SOMETHING and it wasn't a total loss. 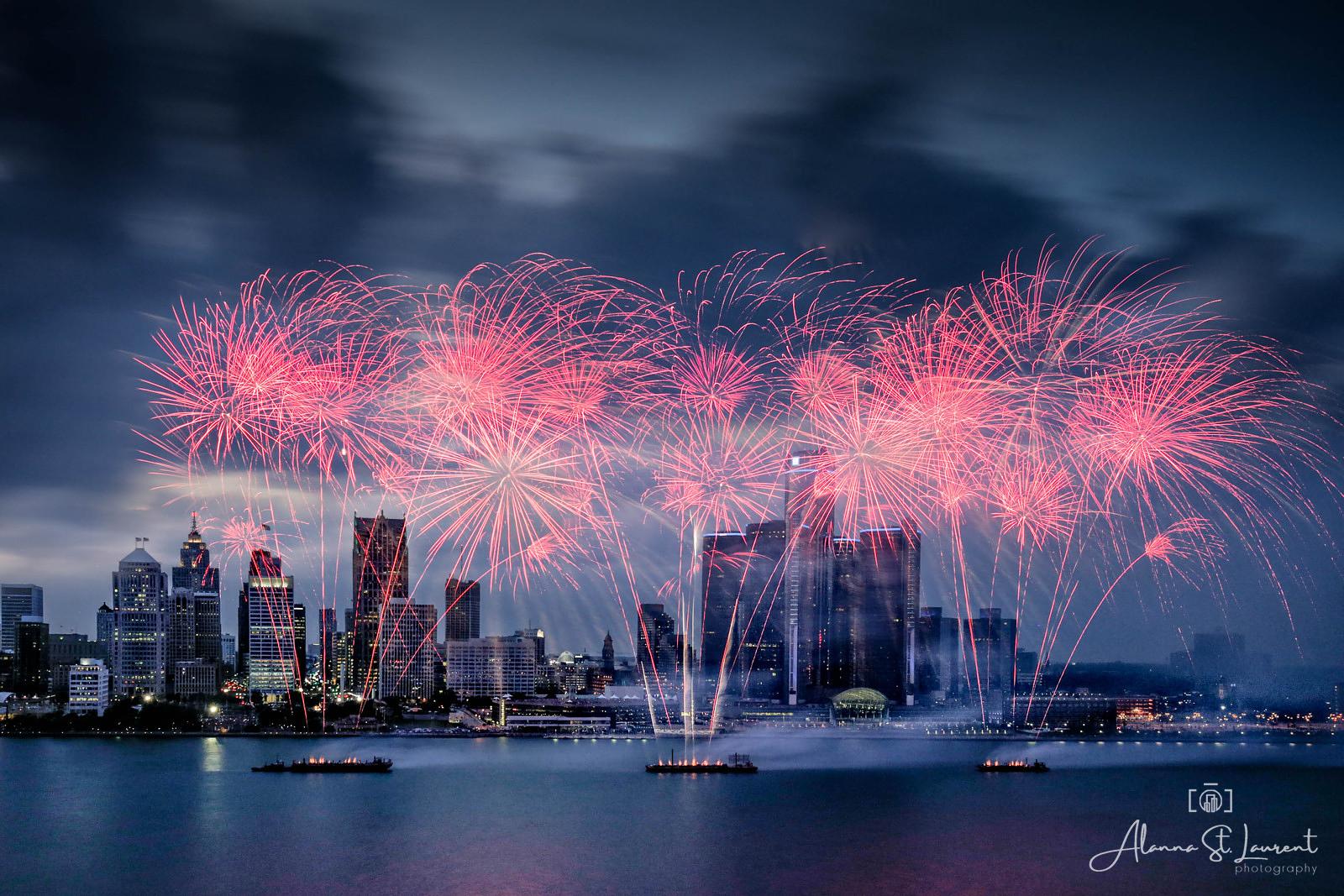 2014 Fisher Body Plant Roof: This year I held a light painting/fireworks workshop, where we did some light painting inside the plant, and then captured the fireworks afterwards. It was a lot of fun. Even though this location is a bit further away from the city, a telephoto lens will do the trick. 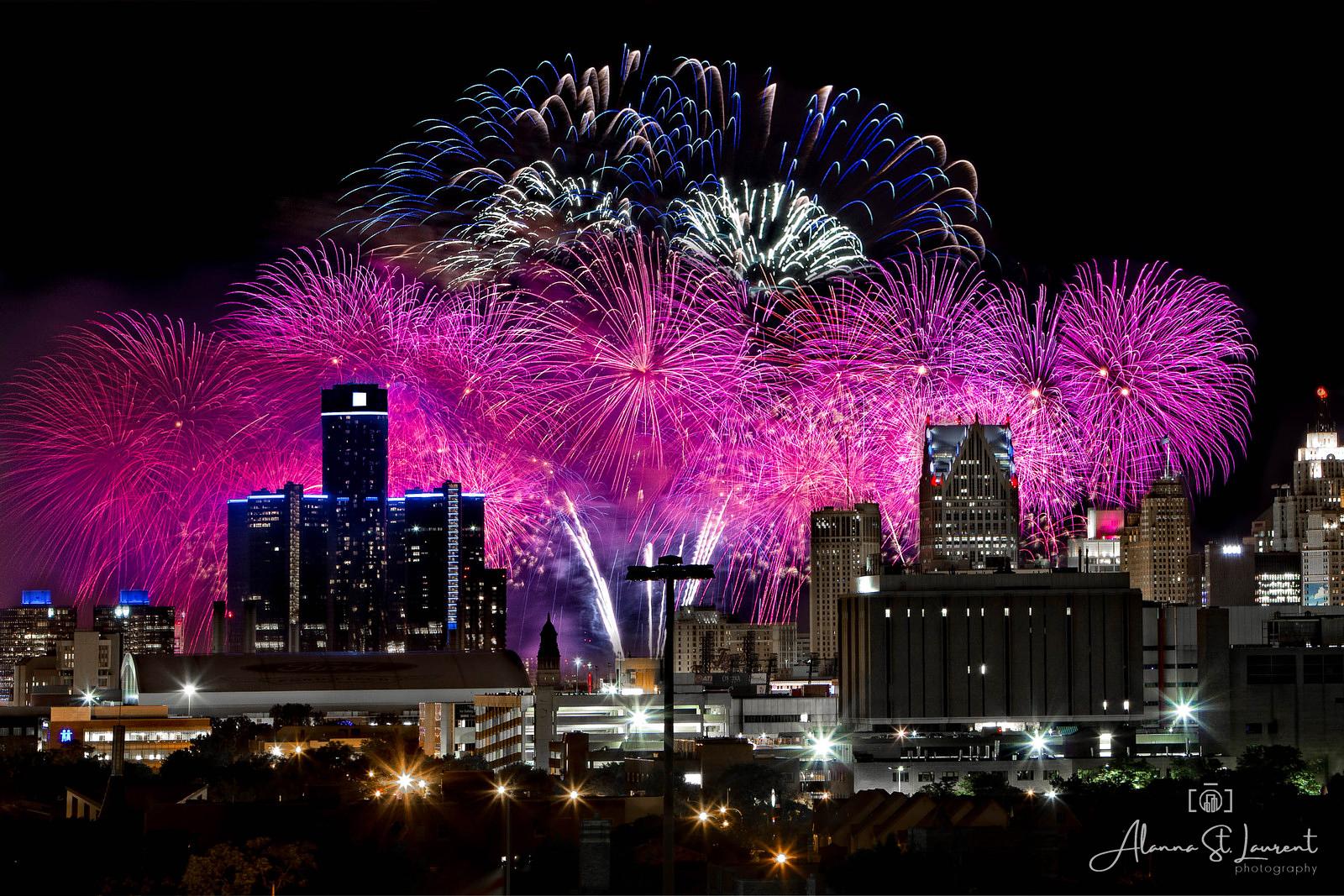 2013 Windsor Great Western Park. We had front row seats for the fireworks, sitting on the boulders along the shoreline. Windsor is a chill place to capture the fireworks, even though it was a bit of a pain with traffic coming back to Detroit. 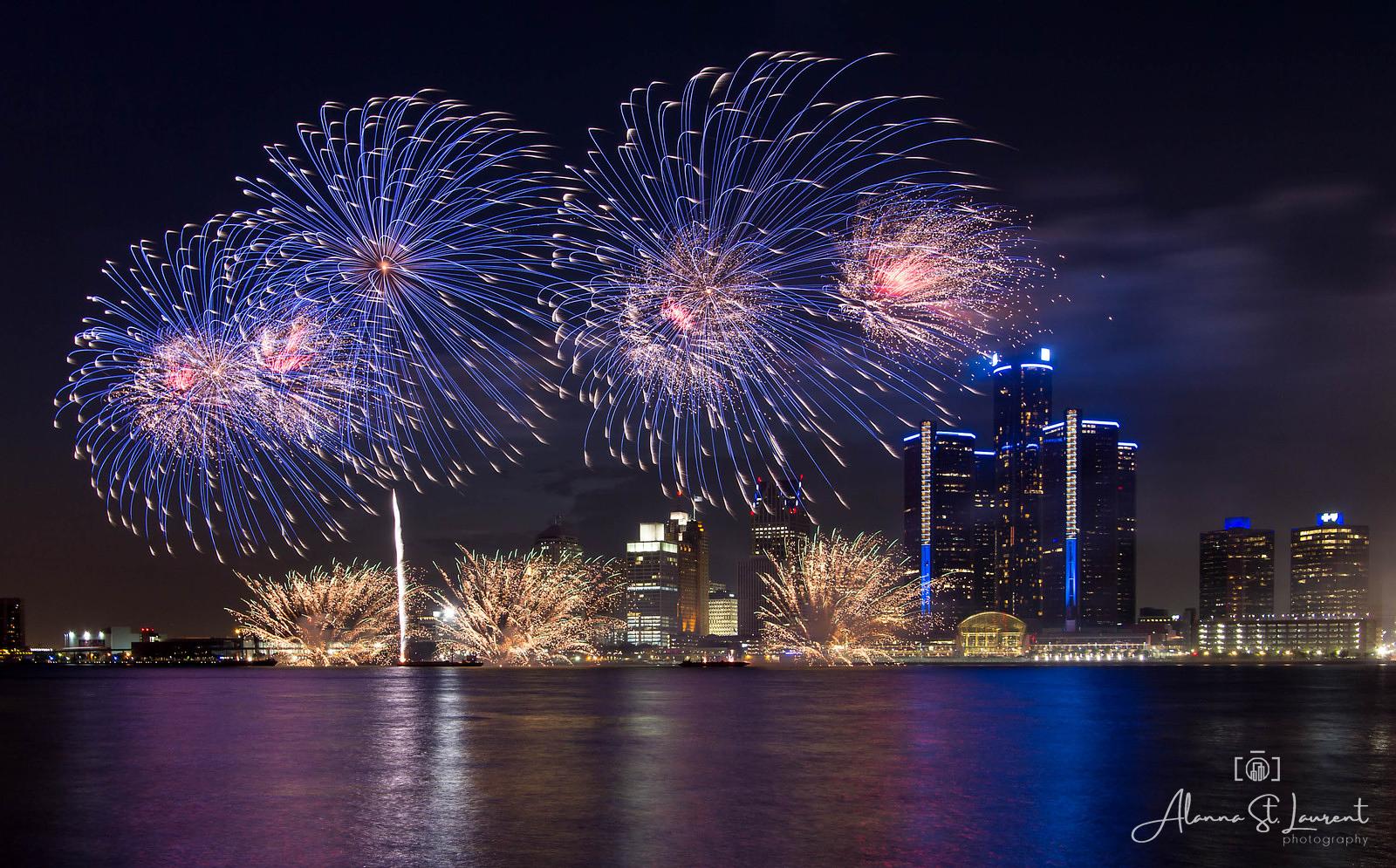 That's it! Thank you for reading. If you are a photographer, perhaps this will give you an idea or two of where to shoot them.