I am not kidding when I say it's been YEARS I've been wanting to photograph hot air balloons. Its not like there is a shortage of hot air balloon festivals in Michigan. But there were two criteria that had to happen for it to work: One, it had to be on a weekend with no art fair scheduled, and two, it had to be a show where we were allowed onto the field to photograph the balloons (there are shows that keep the field fenced off to the public). And, this year, the one show that met both of those criteria was the Metamora Hot Air Balloon Festival. Now, all I needed was the weather to cooperate. It's not like we haven't had the craziest of weather this summer, either! But, low and behold, the perfect storm of criteria came together and the balloons were good to go!

When Bryan Levy and I arrived at the field, the balloons were already laid out. As I mentioned, this was my first time seeing them, so I had no idea what to do to prepare to photograph the balloons. Just had to wing it! 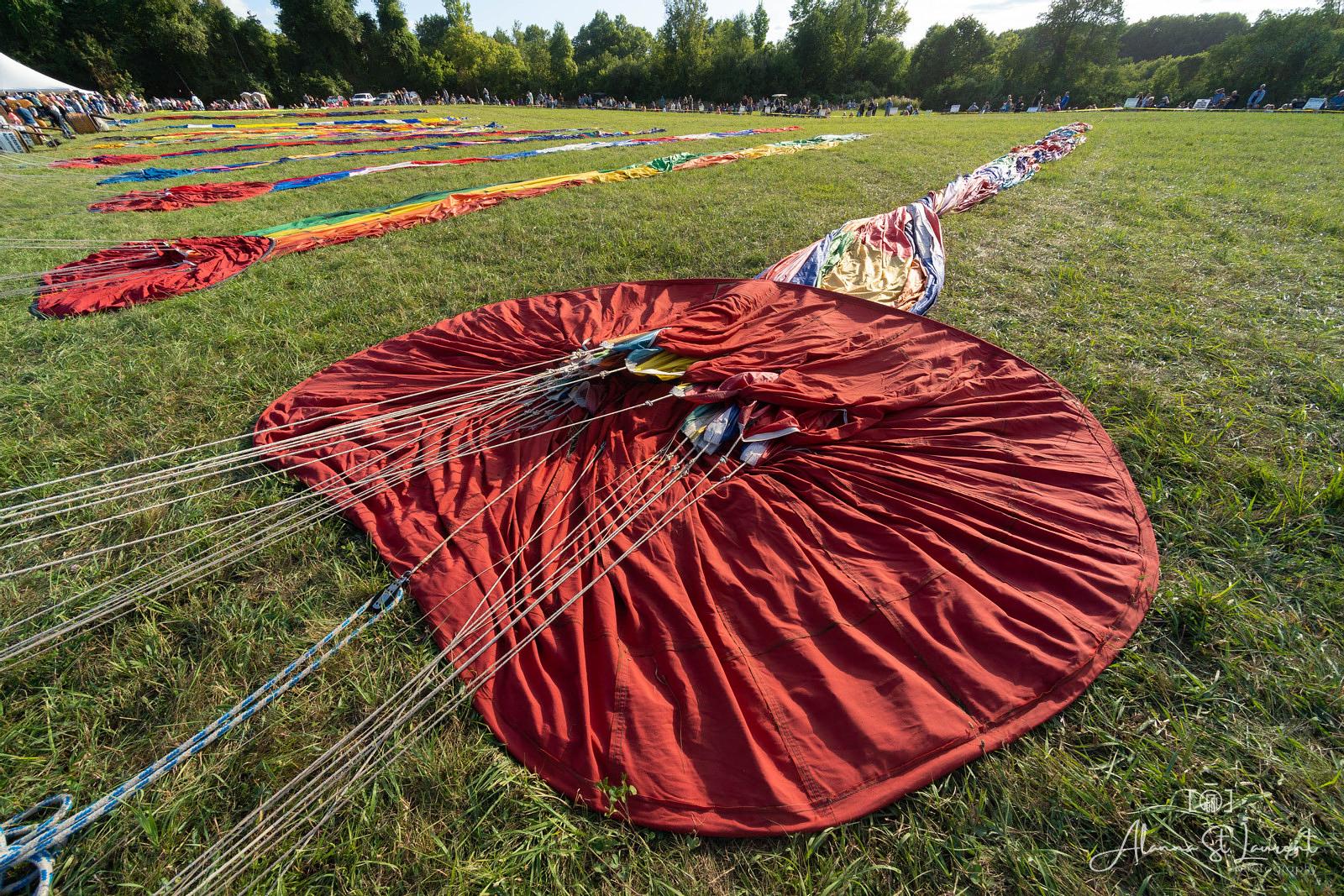 We noticed one balloon behind the field was starting to be inflated, so we walked over to it to see what it was. It was a pumpkin balloon! Halloween is one of my favorite holidays, and it was neat to see a couple of balloons with the Halloween theme. 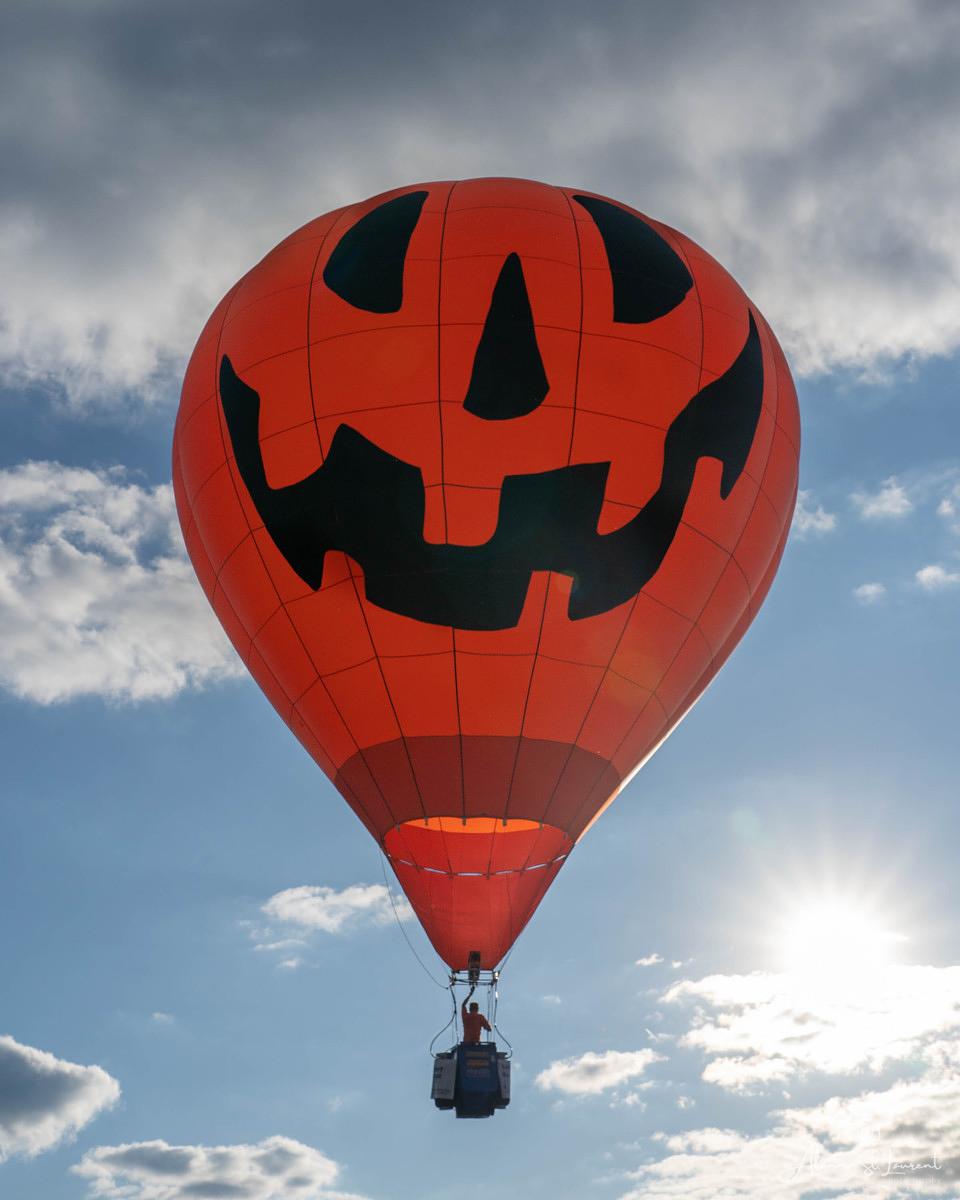 Then, I looked over and saw the other balloons on the other side of the field were starting to be inflated! I ran over to the balloons, side-stepping the crowds, to get as close as I could to one of the balloons. I didn't realize they first start inflating the balloon with a fan. 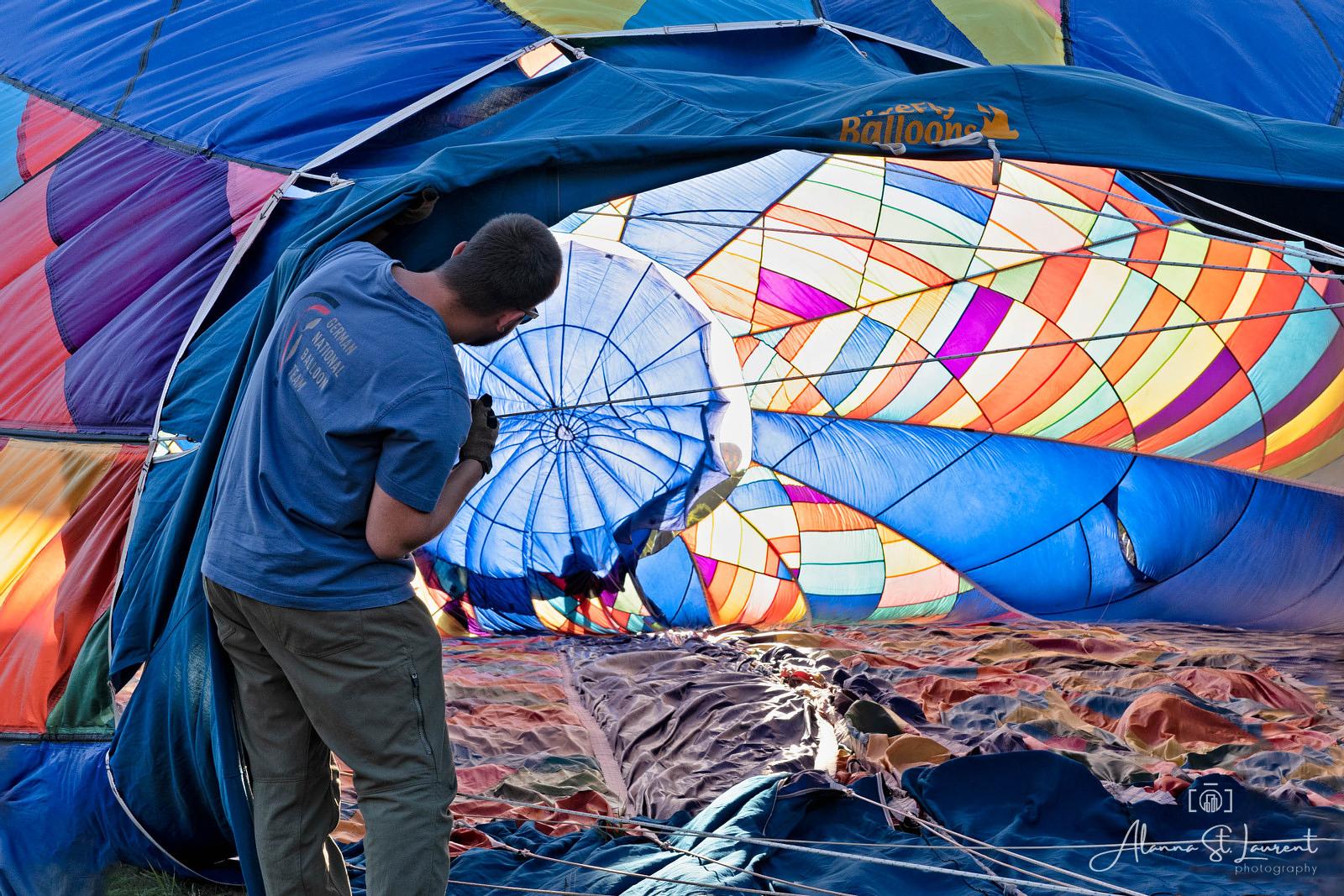 I watched as the fan blew air into the balloon, and as it was inflating, I could see through it to the other side. Silhouettes of people were touching the balloon as it got bigger and bigger. 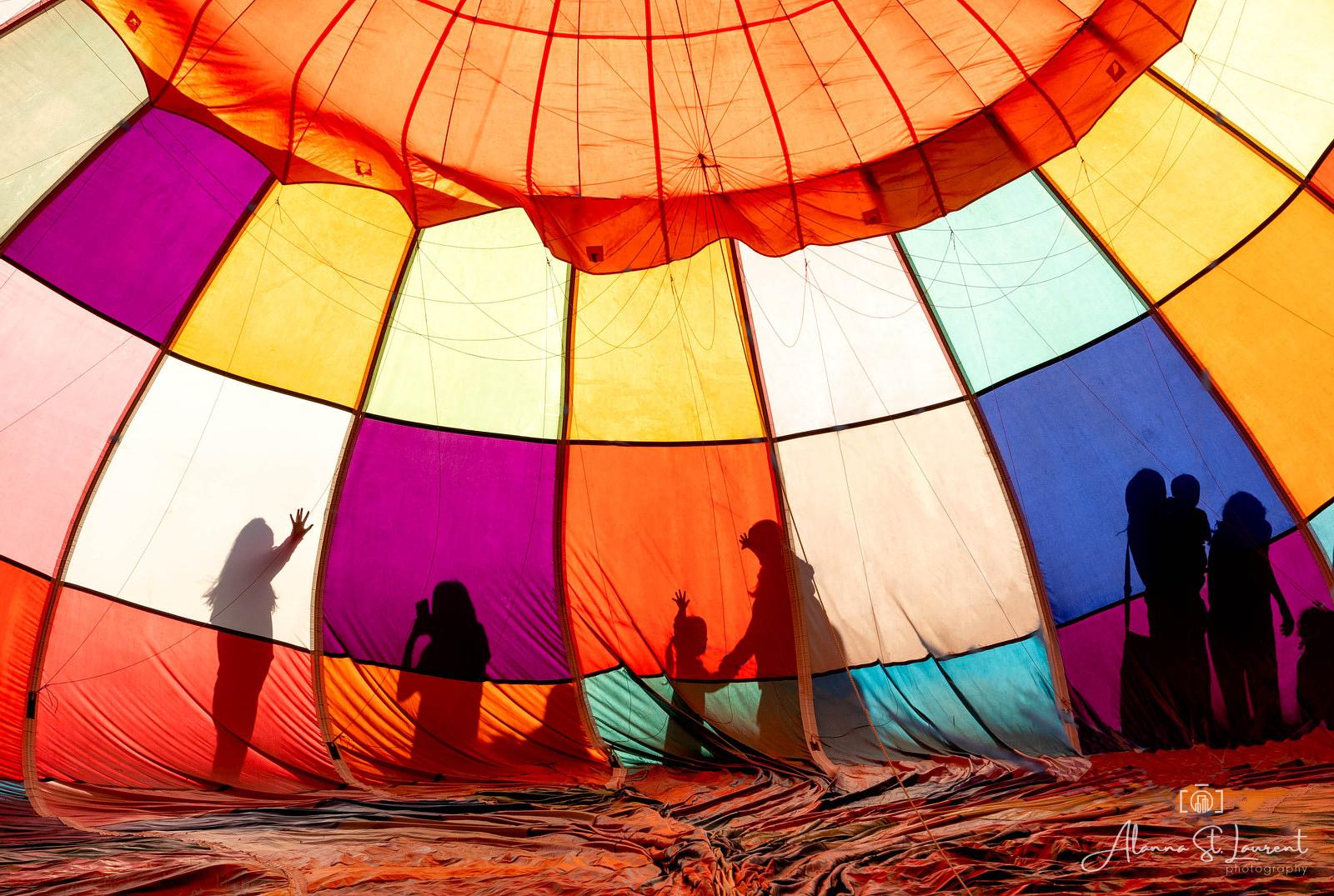 I loved the abstract shapes the balloons created as they continued to fill with air. They reminded me of a mountain range. 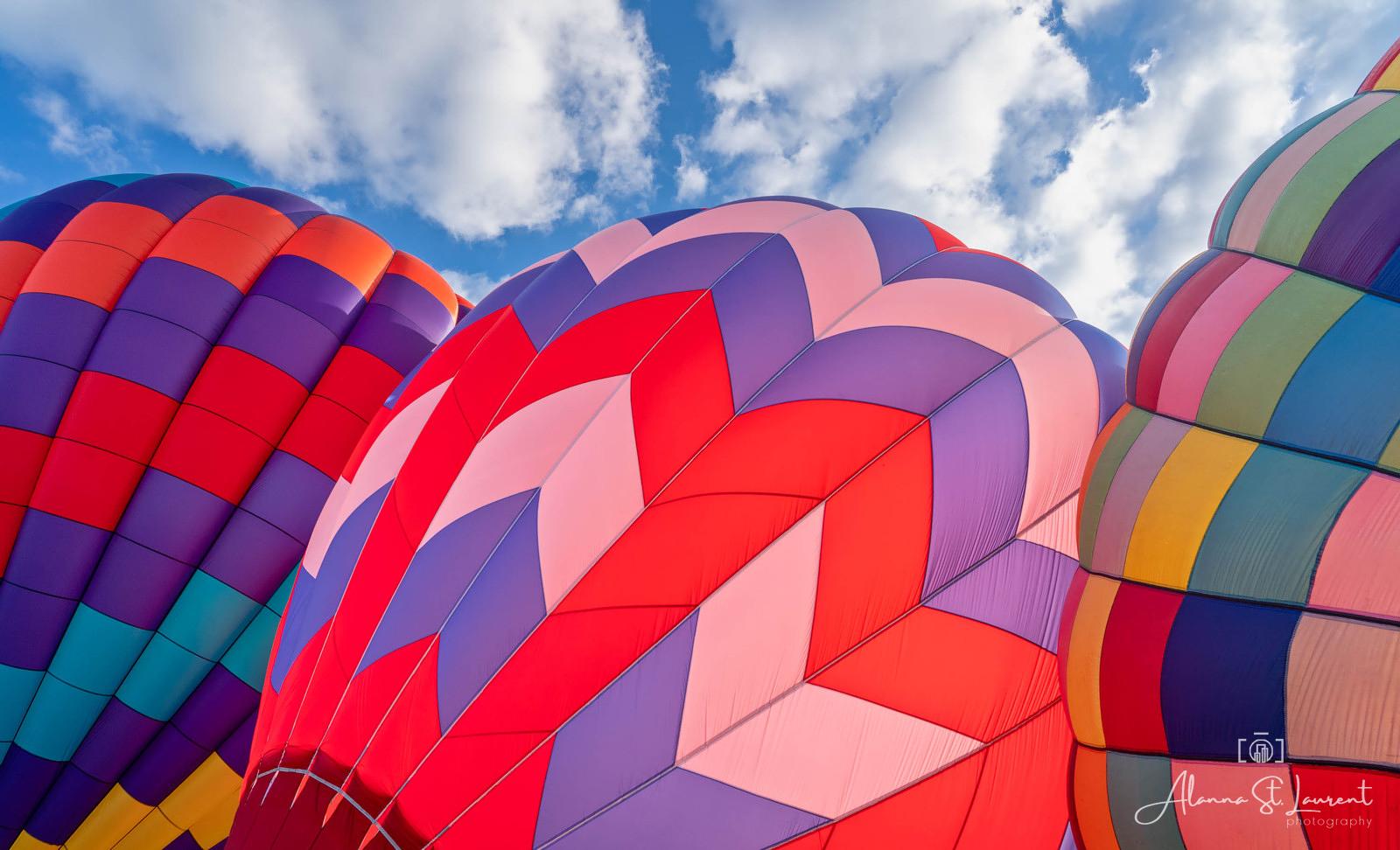 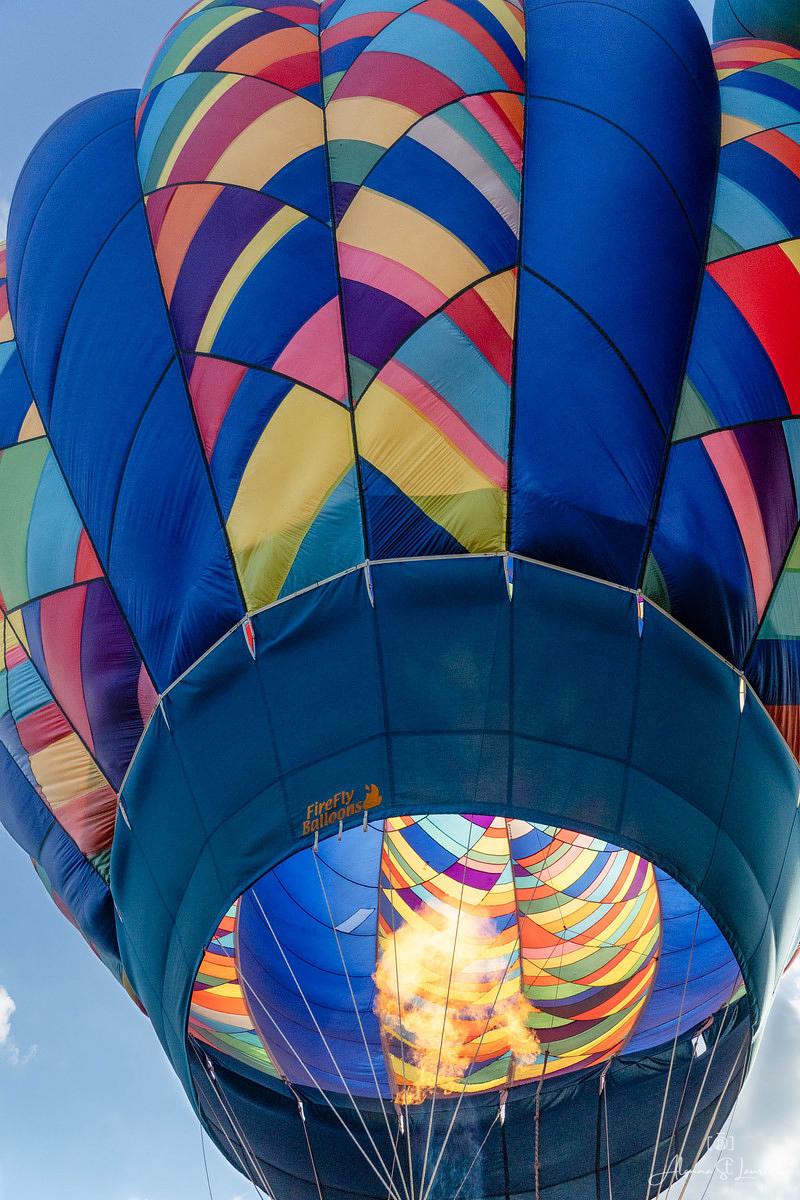 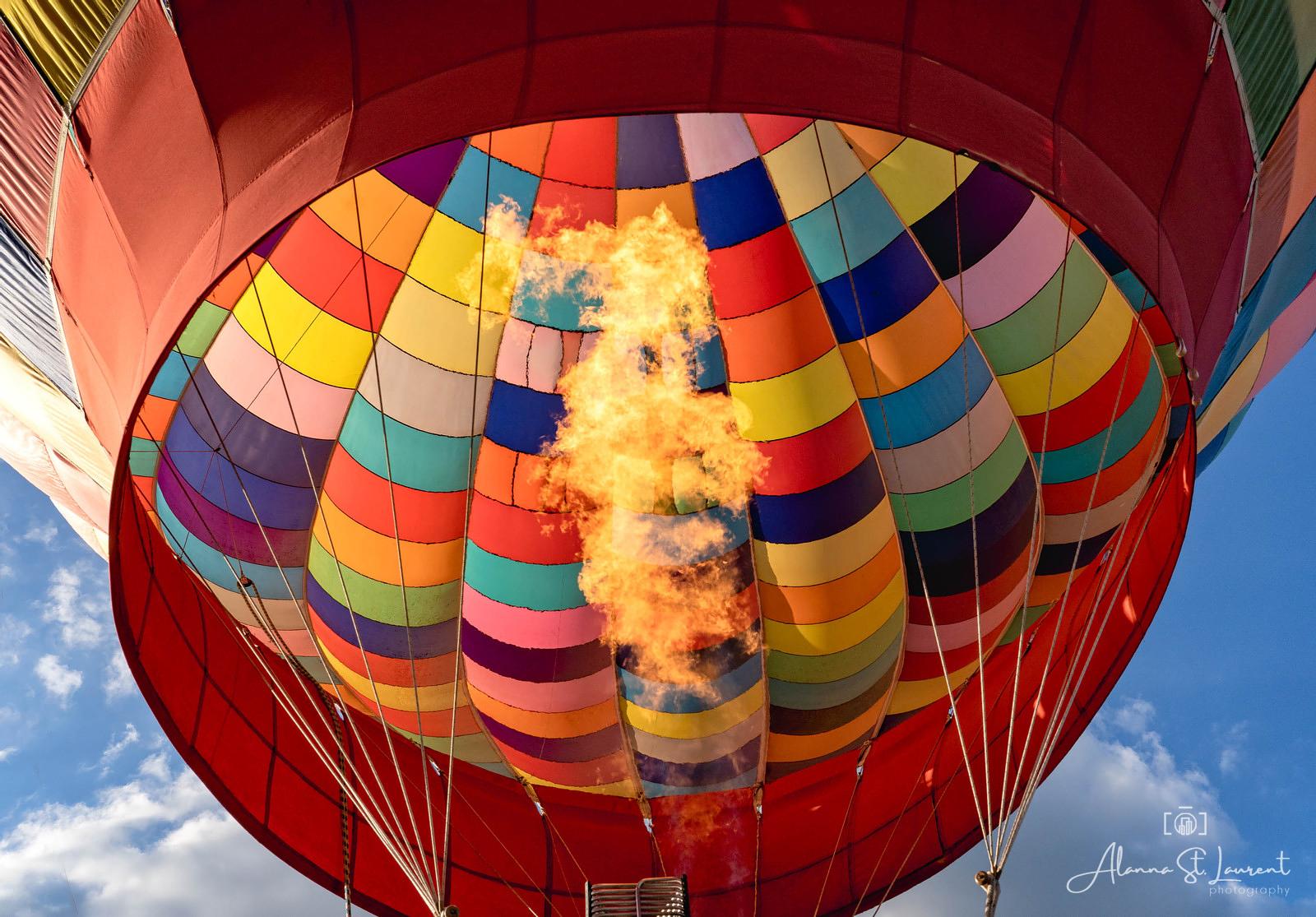 And they're off! Balloons started to lift all around me. I wish I could have captured them all! 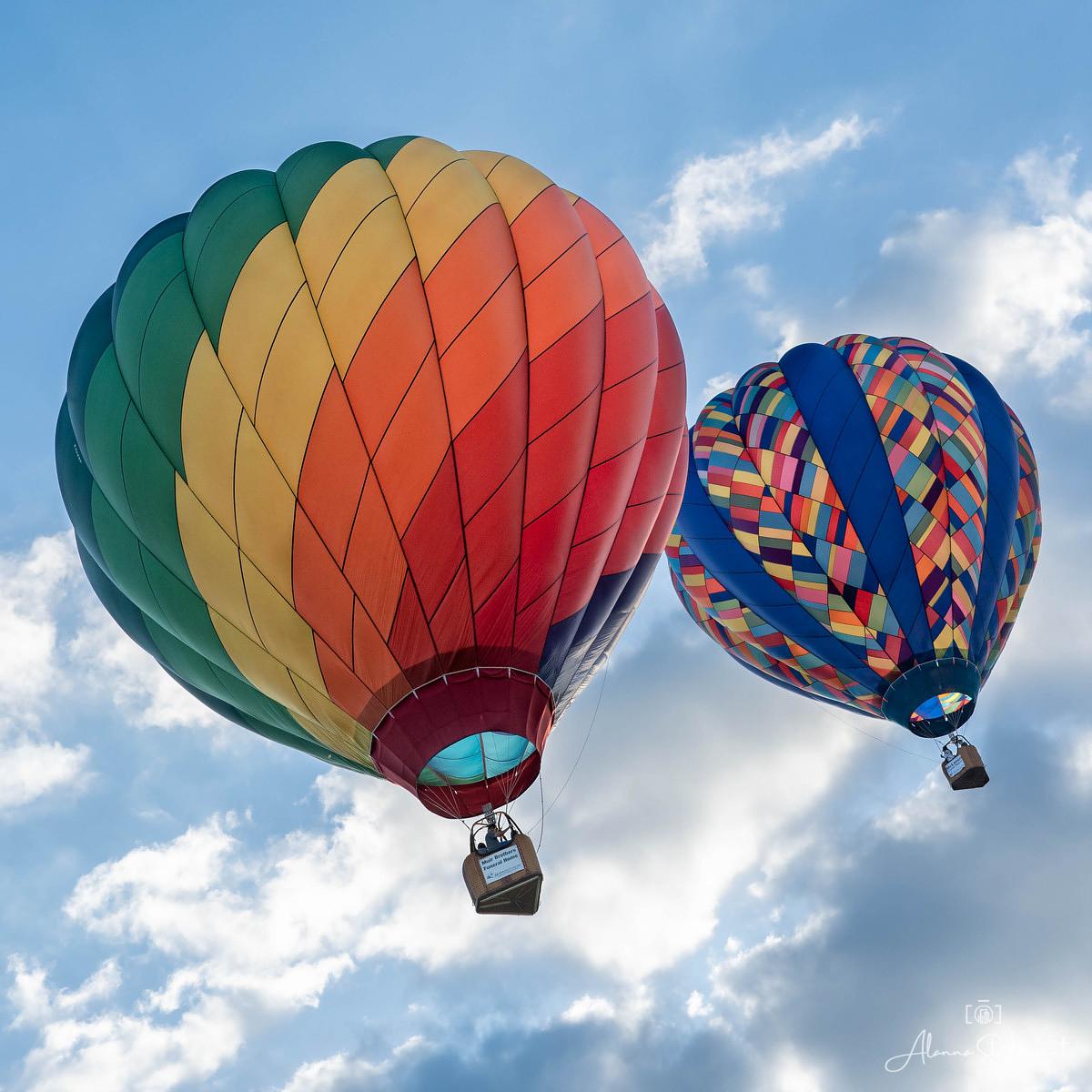 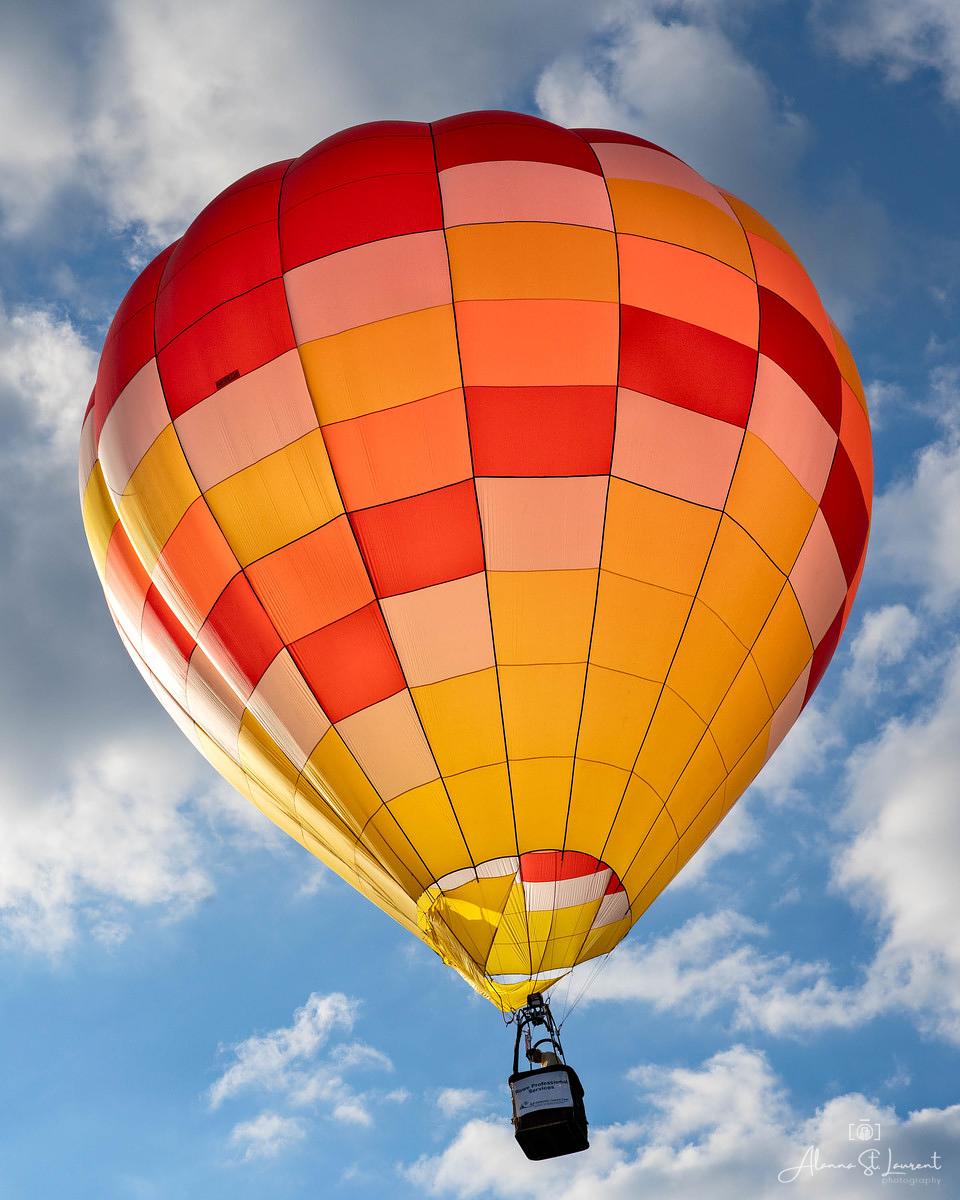 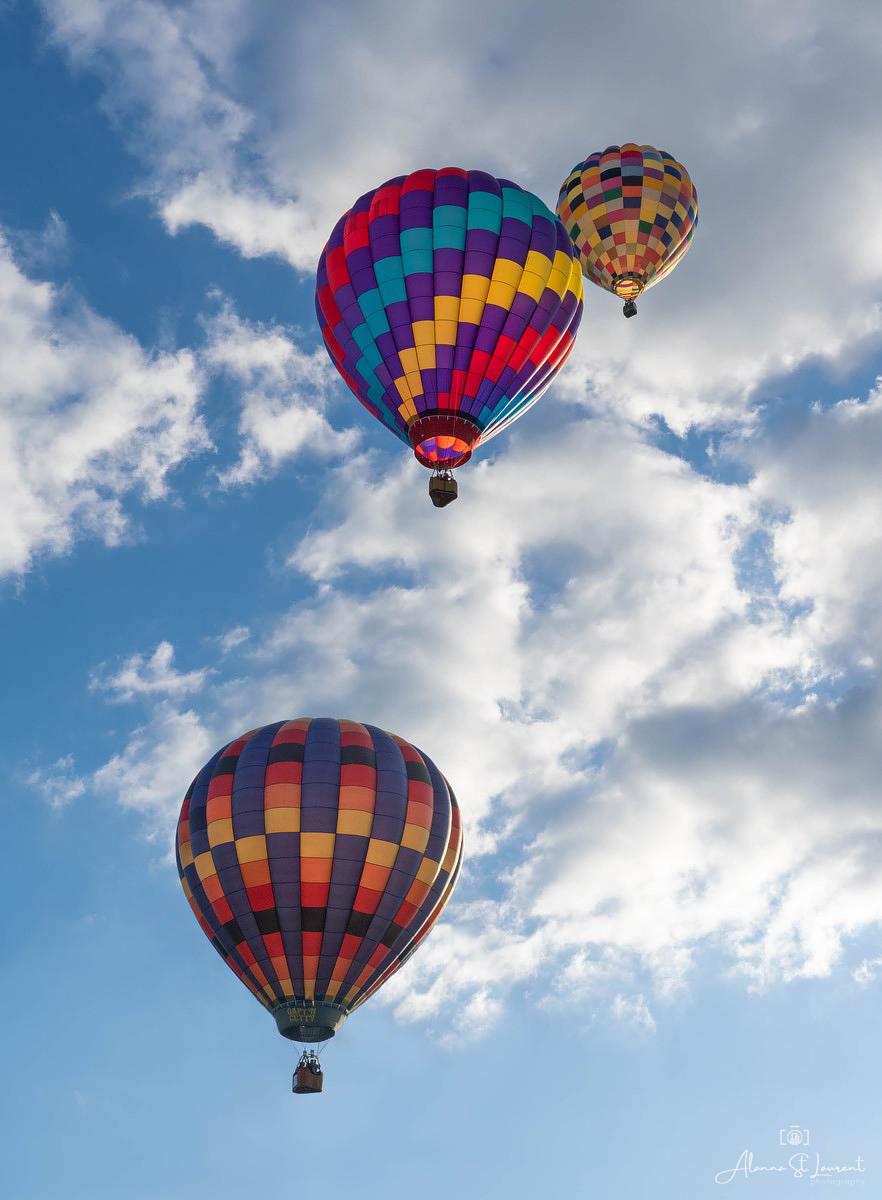 As the balloons became smaller and smaller in the sky, I said "Bon Voyage" to them for this year. I was happy for the opportunity to have photographed them, and in the future, I would like to capture a balloon glow!